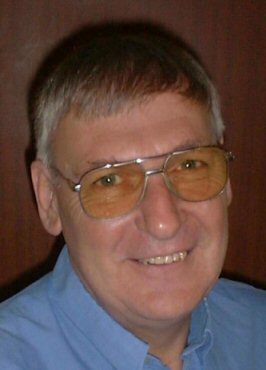 After talking to a potential customer the other day where she mentioned PLI, I looked in my laptop bag (where I keep my PLI & PAT certs) and found the PLI cert in there from MU expired at the end of Dec 2007.

I don't recall receiving a new one, though that doesn't mean I haven't

Has anyone else received their 2008 one yet?

Was round at my Sister-In-Laws yesterday and her son had bought her a webcam with built in mic for Christmas so they could keep in touch via Skype. Both her children live in the South, and since my brother died she's now on her own at home.

Her son called her while we were there, and I have to say I was very impressed, so much better than a phone call, it made me think about getting a suitable webcam.

It's been about a year since Skype was properly discussed on here, and it seems to have NOT died out as predicted.

When BigBen (Richard Benson) was moving down south, I bought one of his JBL subs of him.

I now need another to match the one I've got, as I really need to put one each side of the stage for Gang Show.

I've spoken to Richard and he sold the other one to a member of the Forum, but he can't remember who.

So if you know of a JBL Eon 15" Powered Sub (the grey ones) for sale, or if you're the person that bought Richards and no longer want it, please PM me.

Seems nobody started one for the weekend just gone.

Just Friday night for me. A repeat booking form last year because of the music I played while they were eating their meal. (All soft instrumental Musak).

It was a golf club dinner dance, and apart from getting in and out of the room which is up a set of outside wooden stairs, it's one of my favourite gigs.

Half the room wanted ballroom, ie: quicksteps, foxtrots etc. (right up my street), while the other half wanted typical disco music. So I had to keep alternating between styles to keep everyone happy.

Biggest laugh of the evening was when I was asked for a Barn Dance. Never been asked for one before, but I found a track that was called "Barn Dance", and it went down a storm. Only trouble was, it was 6 minutes long and they were waving white handkerchiefs towards the end in surrender.

Organiser asked for the mic at the end of the night and was full of praise for the DJ with lots of applause from the guests. Hopefully, another repeat booking for next year.

I'd Love To Play

Do you have any tracks that you'd like to try playing, thinking they might go down well, but have never had the courage to try them.

Two tracks that I'm fairly sure would go down well at the right time are:

But somehow, the right time never seems to appear to give them a go.

Another one was Nena - 99 Red Balloons, but somebody requested it once, so I've now managed to play that one.